This is part two of a two part post. Part one is available here. 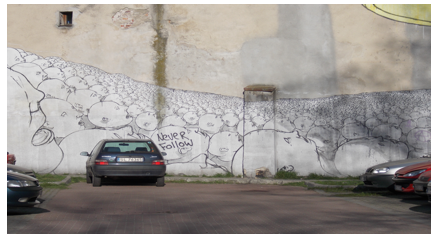 Be the person who fulfils the hokey quotation ‘not all who wander are lost.’ I spent my first week thinking that I needed to only follow the advice of Trip Advisor or what I had mapped out the day before. My favorite day was the one in which I buried my map into the pits of my backpack in Krakow and explored the city without any agenda. While you will get a bit lost, you see more of the world when you look up from your map for more than five minutes.

Something bordering on a liberating and empowering experience happens when you become the master of your own fate and adapt to the world around you. Having devoted my life to a schedule that demanded I be in this place at this time for so long, as all students have, the fondest memories were when I rebelled against even my instincts and went my own way. Doing this in a safe way, i.e. doing all your exploring before dark and after you have looked at the map well enough to find at least 3 ways back to your hostel, will leave you so empowered you wouldn’t be recognizable even to those people you knew before your trip.

10. Go to houses of worship in every city.

While my religious practices have been described by many as ‘numerous’ and ‘enigmatic,’ I advise people of any or no faith to stroll in to the numerous churches and synagogues of Eastern Europe to learn about the architectural and spiritual beauty of each place. Because many people in these nations maintain an extremely devout belief in God and have had thousands of years to build and beautify these spaces, taking a few hours to stroll around these houses of holy will change how you see these nations. While you may flinch at the idea of paying a Euro to enter a church, in the end the breathtaking sites you will see within the walls will make the surcharge worth it. As I stumbled through Krakow I saw the passion of life in the tiny churches I passed my time in. The countless elderly women kneeling on the cold hard marble floor of chapels praying and leaving flowers before the Madonna on a sunny Tuesday reveals an inner spirituality that is noble. Listening to the booming organ at a chapel in Vienna alerts you to the heartbeat of the city. Walking around the tragically hallow walls of a synagogue in Budapest once filled with men and women makes your heart ache in ways no book can. While sometimes you can make a fool out of yourself in these extremely powerful places—I accidentally participated in a Polish baptism and nearly burned down the oldest Hungarian church when I decided to light my uncooperative candle wick by transferring the spark via my ticket—it will only take a second to realize you would give almost anything to see those sites and feel those emotions again.

11. Take at least 2 hours to stumble around the residential areas of each city.

Everyone can see the tourist spots of a city, and I have learned only the truly brave venture into the great unknowns of a city. The act of walking away from people that speak any kind of English or the places your grandmother wants to hear about when you return home requires guts, but if you are traveling alone here’s a news flash: you have them! To fully appreciate a city you should see every part of it, not just those places you would put on a postcard. Plus, going to those areas teaches you a lot about a population. For instance, I can now tell you the proper districts for antiquing in Budapest (I can hook you up if you are suddenly in need of a low-cost, fully-functional suit of armor) and tell you where at least a few questionable substance deals go down in Krakow. Yes, you will be confused for a local in these areas, something that feels great for about five seconds until you realize you don’t know if you are being yelled at or complimented, but finding the best pierogies in the entire nation will be worth the story.

12. Go to the Franz Kafka Museum in Prague. 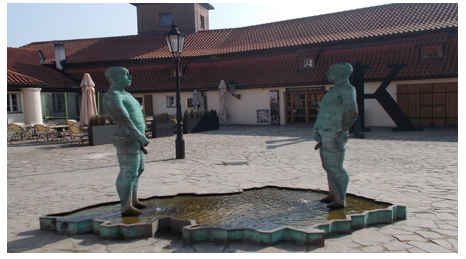 I understand that this defies the Jack Sparrow-esque guidelines that have been my rules thus far, but I am doing this for the greater good and cannot risk you misinterpreting this as a simply ignorable suggestion (plus I am an enigma like Kafka). Having read Kafka in legitimately every Jewish Studies course I have taken at Vassar, I consider the man fundamental to my view of the world. Whether you feel the same way about this Austrian author is beside the point; the funky noise-machines and nude statues alone make the trip worth the few Euros you will pay. Aside from the hilariously naughty statue featured above that greets every visitor (and a few unsuspecting locals who live on the same street as the museum) the museum is an unfathomable cross between a haunted fair-ground and the average 7th floor of a standard office building. The designers of the building must be given a large round of applause for creating such a perfect paradox of a capitalist museum enterprise and an artsy museum praising Kafka’s literary rebelliousness. The latter half comes out when the museum doesn’t even attempt to translate its exhibits into all languages. Sometimes texts are English, Germany, and Czech; at other points the museum merely selects one and taunts all those lacking the linguistic capacity of the author himself. Selected lines from the museum include:

1. ‘That enigmatic world (ravachol) that penetrated into his being, a trigger to a secret that time was to turn into a stigma that marked an era.’

2. ‘There are common existential conflicts in the lives of all men which feed the background of ill ease that marks our culture.’

3. ‘It is a tribute to the daily descent of Kafka’s soul into the abyss of the blank page.’

Trust me, after an hour here you will be thanking me with the left side of your brain while dreaming up novel ideas with your right.

Other (smaller) pieces of advise: 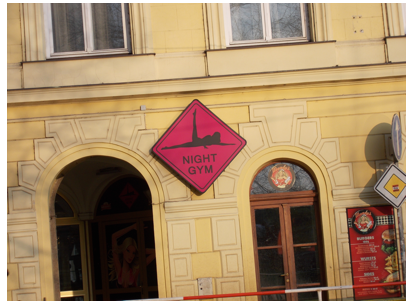