It’s almost 8:00 on Monday night, and I’m writing this from a 2nd grade classroom in an elementary school just outside of Sligo, Ireland. I’m having one of those fascinating moments in which you wonder how many chance occurrences it took to lead you to this particular time and place. (I’ve been having quite a lot of those this semester.) This moment, at least, is a result of my coming here with the farmer that I’m volunteering with during my spring break this week, whom I found through Worldwide Opportunities on Organic Farms (WWOOF). We only met once I arrived in town about an hour ago, at a fancy-pants little wine bar that the farmer delivers produce to every week. I’m in this classroom right now because he’s running a rehearsal here for the half-professional-half-amateur Sligo Baroque Orchestra, an ensemble that he started and now plays harpsichord for, and I’m shamelessly eavesdropping in a back corner of the room, huddled in a small wooden chair painted bright red that sits about a foot off the ground. They’re doing a fantastic job of sightreading Domenico Cimarosa’s double flute concerto right now, and I’m getting nostalgic for the days when I fumbled through rehearsals with my own high school orchestra. So yeah, I’m liking this Ireland place so far.

It’s been brutally cold since the moment I got off the plane in Dublin this afternoon, but it’s an altogether different sort of cold from what I felt when I was in Greenland with my glacial history class three weeks ago. I had some idea of what the drizzly, mercilessly windy weather would be like here (though my expectations of Irish and U.K. weather may or may not have been informed almost exclusively by a certain bestselling J.K. Rowling series…). Greenland’s version of cold weather, however, was unlike anything I’d ever experienced or heard of. I don’t think we felt almost any wind at all that week, but the raw, dry Arctic air plainly didn’t need to come in gusts in order to settle deep into our bones and numb our thickly socked toes for hours. People told us that it was a rather mild week for where we stayed in Kangerlussuaq, Greenland, though (not dipping below -20F or so while we were there), which my professors said could potentially be a reflection of the same jet stream eccentricity that has simultaneously plunged North America into a freakishly snowy winter and northern Europe into a boringly warm one (I’ll never forgive you, Vassar, for having so many snow days without me). As we took samples from Greenland’s majestic 1,710,000km2 ice sheet, we learned a bit about the central force that the size and bright whiteness of this ice body plays in stabilizing the Northern Hemisphere’s climate. Greenland and the eastern half of Antarctica are the only major bodies of land ice in the world; as they have melted and refrozen over the past ~45.5 million years, the extent of their white surface area has determined the amount of hot solar energy that Earth is able to reflect back out into space. While Greenland’s ice has been melting at record rates over the past few decades, the presence of its underlying land mass is expected to insulate it from melting as quickly as the western half of Antarctica, which does not have the continental foundation that its eastern half does and therefore continues to be much more vulnerable to changes in ocean temperature. Antarctica’s water-buoyed western half has been the site of the majority of the unprecedented ice melt that usually makes the news these days, with ice mass loss there increasing by 75% between 1996 and 2006. But the melting that has been happening in and around Greenland over the past few decades has steadily been making it easier for energy companies to access and exploit the region’s oil reserves, and, in a few cases, has brought about sudden, disastrous flooding in coastal towns over the past five years…yippee.

When we weren’t specifically talking about ice that week, we gathered a very cursory overview of the role of geopolitics and colonial forces in Greenland’s recent history. By pure virtue of its proximity to both northern Europe/Russia and North America, Greenland became a prime location for U.S. military bases and observation of intercontinental ballistic missiles during the Cold War, though the Greenlanders’ consent in the matter seems to have been quite questionable, if at all existent. We were also able to meet with a Greenlandic-Danish political activist who lives in town, where we learned a bit about Greenland’s history as a colony turned autonomous country within Denmark and the current conversation in Greenland surrounding the question of independence from the wee Scandinavian country. Greenland has made many efforts to begin reducing Danish cultural influence in favor of renewing Greenlandic unity, from teaching Kalaallit again (the main west Greenlandic dialect of Inuit) instead of Danish in schools, to diversifying the economy and shaking off the many awkward development attempts that Denmark has made on the island. A large portion of Greenland’s population is currently in favor of Greenland becoming its own independent sovereign state, but as of now, Denmark still has the final say on the matter. 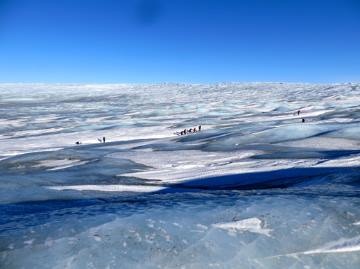 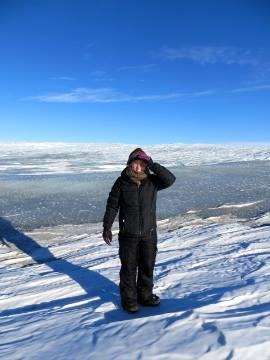 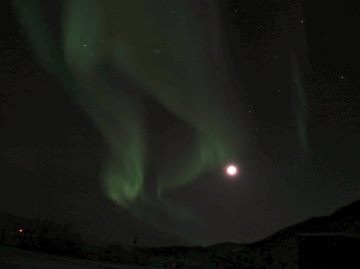 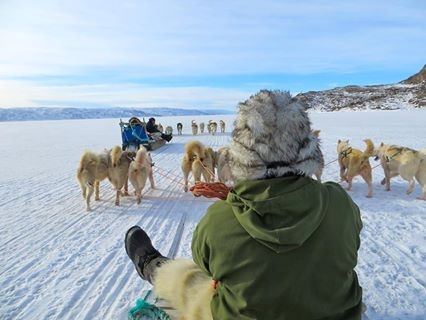 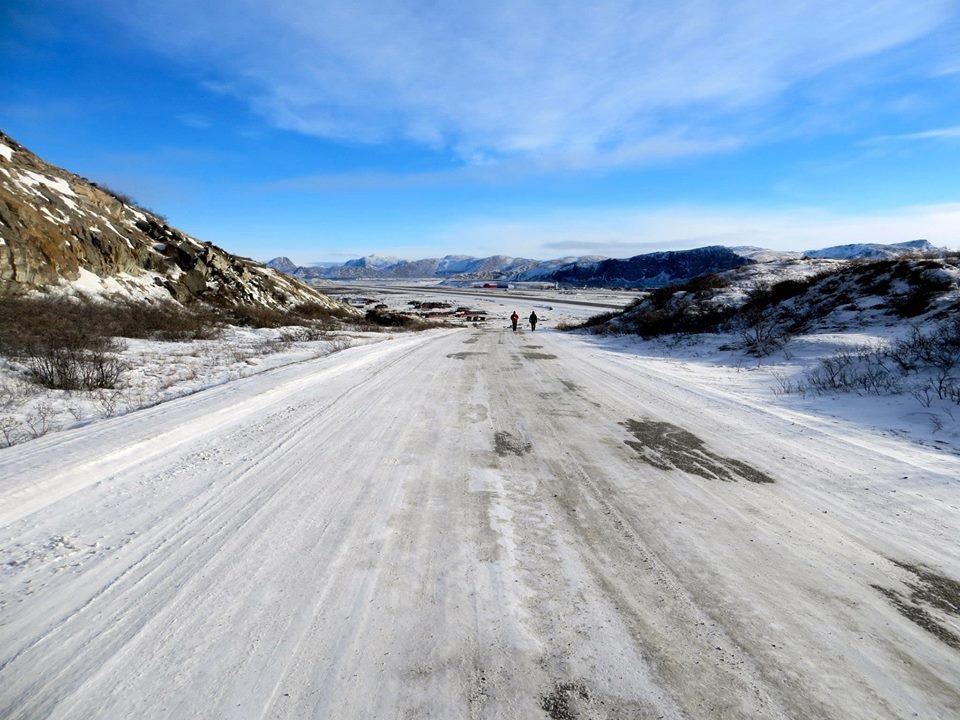