Tips for going out in Paris and the best secret gelataria in Rome
I’ve been going out every weekend in Paris since I’ve gotten here and I have discovered an undeniable fact: every weekend that my friends and I go out, we get a little bit better at it.
Here are some of the lessons we’ve learned so far:
-Pregaming on the subway at night is slightly socially acceptable, the same can be said for drinking in parks in broad daylight.
-Carrying a lighter, even if you don’t smoke, can be a great way to meet people, and also a great way to score free cigarettes.
-If you do smoke, it can be a great way to kill time if you are waiting for your other friends to meet you.
-Often, a place you find that is really awesome during the day or on a Thursday night will turn into a bar/club with an impossibly long line that doesn’t move or the sketchiest area ever when you return to that same location on a Saturday night. Read: this is the Bastille area in a nutshell.
-Even though everything starts later in Paris, to avoid the lines it’s often best to stick to an American college going out schedule and arrive at your destination before midnight, because everyone else will arrive around one.
-Bring some spare coins for coat check because sometimes even if there isn’t a cover charge to get into a place they will still make you check your coat for two euros.
That’s all for now because I am actually vacationing in Italy right now. Taking a break from Paris to go to a place where people actually smile is quite nice.
So I’ll close with a pretty picture of the Colosseum. 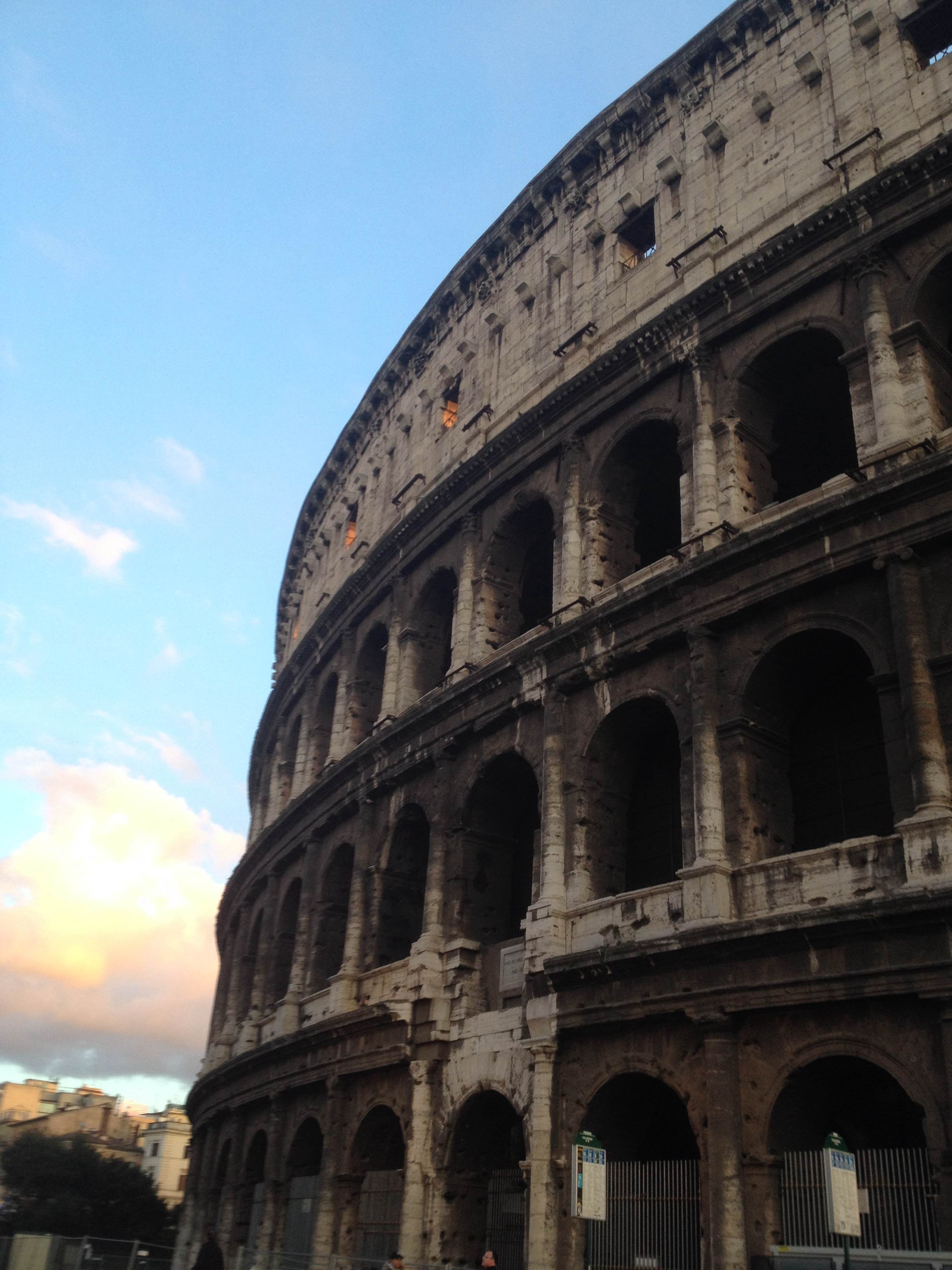 Oh, and if you are ever in Rome, this is the best gelateria. Think: homemade whipped cream and a fresh dipped wafer cookie on top.